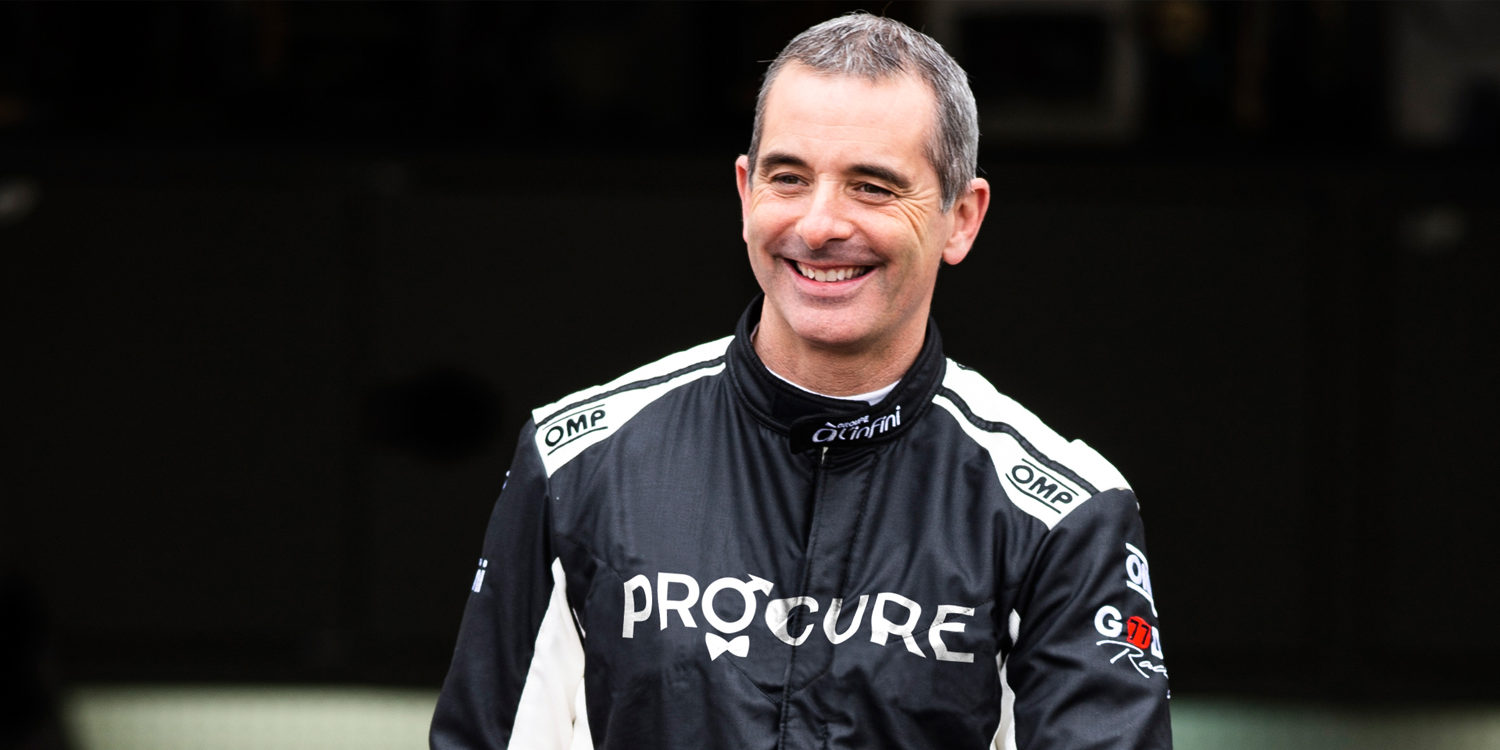 PROCURE is pleased to announce that Bertrand Godin is becoming one of its official spokespersons and is launching new initiatives to fight prostate cancer through THE RACE OF COURAGE BERTRAND GODIN.

A tribute to his friend Jean Pagé

After supporting the cause for several years, the racing driver Bertrand Godin becomes the official spokesman of PROCURE – The Force Against Prostate Cancer, alongside Isabelle Pagé and Winston McQuade.  A cause that is particularly important to him due to his dear friend Jean Pagé, who died on December 9th, following a long battle with prostate cancer. It’s with emotion that Bertrand continues the work Jean has done over the past 15 years.

“Still today, there are 12 men in Quebec who have been diagnosed with prostate cancer and this fight, I saw my friend go through it. Today Jean is no longer here, but his fight continues: breaking the taboos surrounding this disease, helping men to get out of isolation and support them and their families in this long battle they are going through. It is with pride and passion that I am following in his footsteps, notably alongside his daughter Isabelle. From up there, I know he is very proud of her.” says Bertrand Godin.

THE RACE OF COURAGE BERTRAND GODIN is an initiative bringing together a multitude of activities to rally motorsport enthusiasts to the fight against prostate cancer.

Bertrand will offer a portion of his income at each car race in which he will participate starting in 2021.  In addition, he will donate a portion of the proceeds from the sale of the accessories in his fashion collection, including pocket handkerchiefs from the Bertrand Godin collection of Bold and Tailor.  Several activities and fundraisers, benefiting PROCURE, will be overseen by THE RACE OF COURAGE BERTRAND GODIN. Several  athletes and motorsport organizations have accepted  the invitation to join the  movement  to support the cause. .  Several activities will be added to  the initiatives in the upcoming months.  Stay tuned by visiting the website and donating now to the  https://courseducourage.procure.ca/en/donate

“We are extremely proud to count Bertrand as one of PROCURE’s official spokespersons. After several years of unwavering support and his presence as an ambassador to the Jean-Pagé Walk of Courage, it was obvious to us to have him as our spokesperson. Bertrand offers us not only his time, but also his energy to contribute to the fight against prostate cancer. I know Jean would be proud to see the new team devoting themselves to the cause along with his daughter and his friends” says Laurent Proulx, president and CEO of PROCURE.

PROCURE is a charitable organization in the fight against prostate cancer. It educates, supports, and informs people affected by this disease. It promotes and contributes to the financing of world-class research.

Bertrand Godin, spokesperson for snowmobile safety for the FCMQ
26 December 2018